We are excited to announce the release of v1.4.5 of AvalancheGo, which brings significant database optimizations and stability improvements to AvalancheGo.

In tests, we observed a ~90% reduction in read I/O on a Mainnet validator, as shown in the graph below:

The improvements are due to extensive refactoring of state management in the P-Chain, as well as other other database optimizations.

We anticipate that nodes upgraded to >= v1.4.5 will consume less CPU and perform many fewer disk reads once the migration has been completed. These changes will also significantly improve P-Chain decision latency.

This upgrade also significantly shortens the amount of time it takes to bootstrap.

The v1.4.4 node will run as normal, and you will see its logs as before. The node will connect to the network using the same node ID as before and, if it is a validator, participate in consensus as before. In short, things should look the same as when running v1.4.4.

The v1.4.5 node will run in the background, and will bootstrap from the v1.4.4 node running on the same computer. This is faster and uses less bandwidth than the normal bootstrap procedure, which requires data to be sent over the internet. During the bootstrapping process, the v1.4.5 node will populate the “new” database.

You should not provide the flag--plugin-dir. If you used the installer script to install AvalancheGo, you need to remove this flag from your AvalancheGo service file. See this note.

During the migration, when both nodes are running, AvalancheGo will consume more system resources than usual.

Memory and CPU usage will also be elevated while both nodes are running. We anticipate that any computer with CPU >= 2GHz and >= 6 GB of RAM available for AvalancheGo will not have any issues. That said, you should monitor your node especially closely for the first few days to ensure that it is healthy.

Verify that your computer meets the following requirements:

Backup your node’s data by following this.

New version can be downloaded with one of the following approaches depending on your practices:

To start the new version

Monitor and make sure that migration completes successfully:

You can check progress by doing the following:

Depending on your computer, the upgrade process could take a significant amount of time. Some validators have reported 30+ hours with less powerful computers. It mainly depends on the type of storage on the computer. If the storage is SSD-based it should complete in 12 hours or less. On HDD-based systems it can take a couple of days (migration is almost exclusively random reads/writes and HDDs are pretty slow on those types of workloads). However, your node will continue to work during the migration without downtime.

You can verify your node’s version by issuing info.getNodeVersion API (see tutorial on Postman) and you should get the response as follows, where the version number should be >=1.4.7 depending which version you are updating to, after the completion of migration.

More information on updating a node can be found here.

During the migration, a v1.4.4 node will be running on your computer, as explained above. Other nodes on the network will see yours as running v1.4.4 until the migration is complete.

Is the database migration mandatory?

What if my computer can’t run 2 nodes at once?

If your computer (computer 1) has less than 6 GB of RAM, it may not be able to run the migration because it doesn’t have enough memory to run 2 nodes at once. As a reminder, we advise that your node has at least 6 GB of RAM.

If you are unable to run the migration and you want to minimize the amount of time your node is offline, you can do the following:

How much disk space do I need?

We recommend that you dedicate at least 200 GB of disk space on your computer to AvalancheGo. While AvalancheGo currently uses only a fraction of that amount (~38 GB), we anticipate disk usage will rise before we implement a pruning solution.

How much disk space is available right now?

To see the amount of available disk space in your database directory on Mac OS or Linux, do:

This output, for example, says that 609 GB of disk space is available:

How long will it take for the new database to bootstrap?

It can take around 30 hours. However, it may take more or less time depending on your computer.

How do I know that the database migration has completed?

When “starting to run node in normal execution mode” is printed, then the new database has been bootstrapped, and the node has restarted.

Can I delete the old database?

Once the new database version is bootstrapped, the v1.4.5 node restarts and completes the database migration. After this has happened, you may delete the old database directory, which by default is at:

It is not necessary for you to delete the old database (v1.0.0).

Will this migration change anything in the old database?

However, you should never modify the database while the node is running.

To be clear, if you want to delete the old database after the new database bootstraps:

You should also verify that your keystore data has been successfully migrated before deleting the old database.

Will validator uptimes and keystore data be migrated?

Yes, but as a precaution you should back up your staking key/certificate and your keystore data before running AvalancheGo v1.4.5.

How can I see the logs for the v1.4.5 node in the background?

By default, these logs are in $HOME/.avalanchego/logs/fetch-only.

What should I do if my computer doesn’t have enough disk space?

If your node does not run on the cloud, you should back up your node’s data, move it to a machine with more disk space, and run AvalancheGo on that machine.

If your node runs on the cloud, get instructions for increasing the amount of available disk space from your cloud provider. See their documentation.

If something goes wrong, how can I go back to the previous version?

Will updating decrease my validator’s uptime?

If you follow the instructions in this document, no. Your node will continue to participate in consensus while the new database bootstraps in the background. If you re-bootstrap your validator from an empty database, it will be marked as offline while it bootstraps because it will be unresponsive to queries. Therefore, you should not re-bootstrap from an empty database if you can avoid it.

Should I just re-bootstrap from scratch?

Probably not. If your node is a validator, this will cause its uptime to decrease. (See the above answer). If your node is not a validator, but it has already bootstrapped, it will be faster to migrate your database than to re-bootstrap from an empty database. In either case, you are better off running the migration as explained above rather than just deleting your existing v1.0.0 database.

My node shut off during the migration / bootstrapping. What do I do?

Just restart your node. The migration will pick up where it left off. We highly recommend that you set up AvalancheGo to run as a service so that it will restart automatically upon shutdown.

I think something is wrong. What do I do?

First, make sure that you’ve read this document thoroughly. It might answer your question somewhere. If you don’t see the answer, go to our Discord server and search for your question. If it has not already been asked, post in the #troubleshooting channel.

I use Ortelius, how do I upgrade it?

If you are using Ortelius, follow these steps to upgrade it:

Instructions for deploying Ortelius can be found at https://github.com/ava-labs/ortelius/blob/master/docs/deployment.md​

One change in this Ortelius release is that Ortelius will now use the node’s built-in indexer. This improves stability and ensures that Ortelius has no missing transactions, even if it is restarted.

Note for the nodes installed with installer script

If your node was installed with the installer script, you need to fix the service definition file after upgrading to 1.4.5. In the console, enter the command:sudo nano /etc/systemd/system/avalanchego.service In the editor, locate the line that begins with ExecStart= and on it delete the following part: --plugin-dir=/home/ubuntu/avalanche-node/plugins Then save the changes by pressing ctrl-x and y. 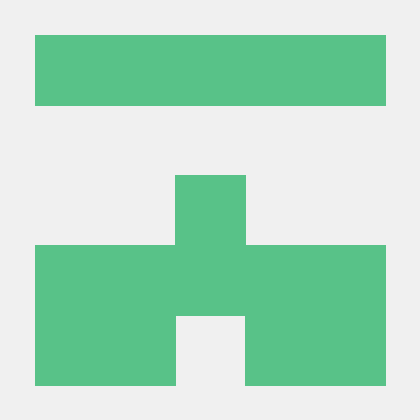 Last updated 2 weeks ago
Edit on GitHub
Contents
Summary
Background
The Upgrade Process
Resource Usage
Step-by-Step Upgrade Instructions
Verify Requirements
Backup Data
Download the New Version
Run the New Version
Monitor Progress
FAQ
Why does [explorer] say my node is still on v1.4.4?
Is the database migration mandatory?
Can I upgrade to AvalancheGo 1.4.5 from a version other than v1.4.4?
What if my computer can’t run 2 nodes at once?
How much disk space do I need?
How much disk space is available right now?
How long will it take for the new database to bootstrap?
How do I know that the database migration has completed?
Can I delete the old database?
Will this migration change anything in the old database?
Will validator uptimes and keystore data be migrated?
How can I see the logs for the v1.4.5 node in the background?
What should I do if my computer doesn’t have enough disk space?
If something goes wrong, how can I go back to the previous version?
Will updating decrease my validator’s uptime?
Should I just re-bootstrap from scratch?
My node shut off during the migration / bootstrapping. What do I do?
I think something is wrong. What do I do?
I use Ortelius, how do I upgrade it?
Note for the nodes installed with installer script