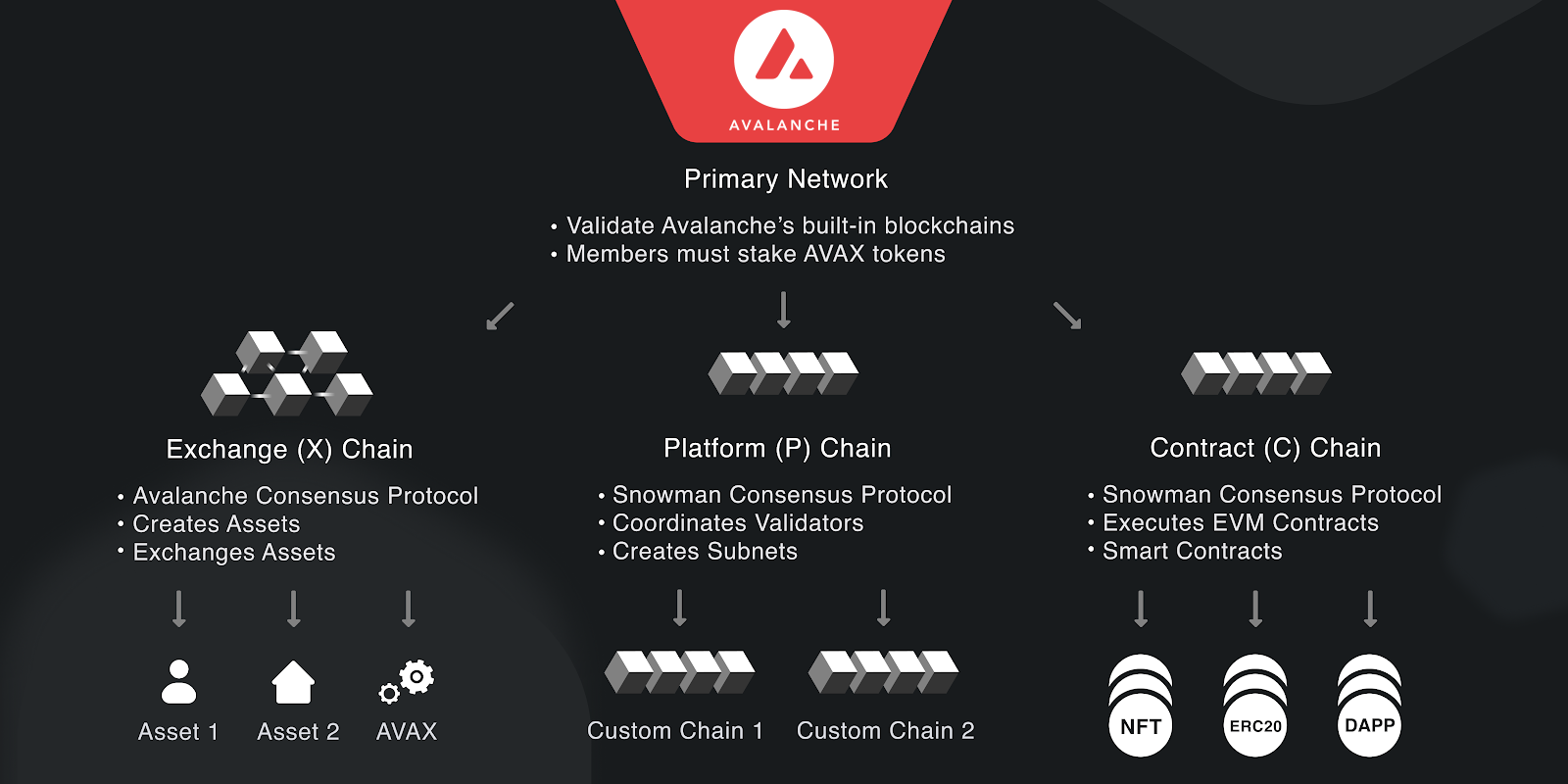 A subnet, or subnetwork, is a dynamic subset of Avalanche Primary Network validators working together to achieve consensus on the state of one or more blockchains. Each blockchain is validated by exactly one subnet. A subnet can have and validate many blockchains. A validator may be a member of many subnets.

Subnets are independent and don’t share execution thread, storage or networking with other subnets or the Primary Network, effectively allowing the network to scale up easily. They share the benefits provided by the Avalanche Protocol such as low cost and fast to finality.

You can create a subnet where only certain pre-defined validators may join and create a private subnet where the contents of the blockchains would be visible only to those validators. This is ideal for organizations interested in keeping their information private. See here for more info.

Developing Your Own Subnet​

Check out Subnets on how to develop your own subnets with customized virtual machine and blockchain.

The X-Chain acts as a decentralized platform for creating and trading digital smart assets, a representation of a real-world resource (e.g., equity, bonds) with a set of rules that govern its behavior, like "can’t be traded until tomorrow" or "can only be sent to US citizens."

One asset traded on the X-Chain is AVAX. When you issue a transaction to a blockchain on Avalanche, you pay a fee denominated in AVAX.

The X-Chain is an instance of the Avalanche Virtual Machine (AVM). The X-Chain API allows clients to create and trade assets on the X-Chain and other instances of the AVM.

The P-Chain is the metadata blockchain on Avalanche and coordinates validators, keeps track of active subnets, and enables the creation of new subnets. The P-Chain implements the Snowman consensus protocol.

The C-Chain allows for the creation smart contracts using the C-Chain’s API.

The C-Chain is an instance of the Ethereum Virtual Machine powered by Avalanche.