Avalanche uses a variety of cryptographic primitives for its different functions. This file summarizes the type and kind of cryptography used at the network and blockchain layers.

Cryptography in the Network Layer​

This 20-byte identifier is represented by "NodeID-" followed by the data’s CB58 encoded string.

Cryptography in the Avalanche Virtual Machine​

This 32-byte identifier is represented by "PrivateKey-" followed by the data’s CB58 encoded string.

Addresses on the X-Chain and P-Chain use the Bech32 standard outlined in BIP 0173. There are four parts to a Bech32 address scheme. In order of appearance:

Additionally, an Avalanche address is prefixed with the alias of the chain it exists on, followed by a dash. For example, X-Chain addresses are prefixed with X-. 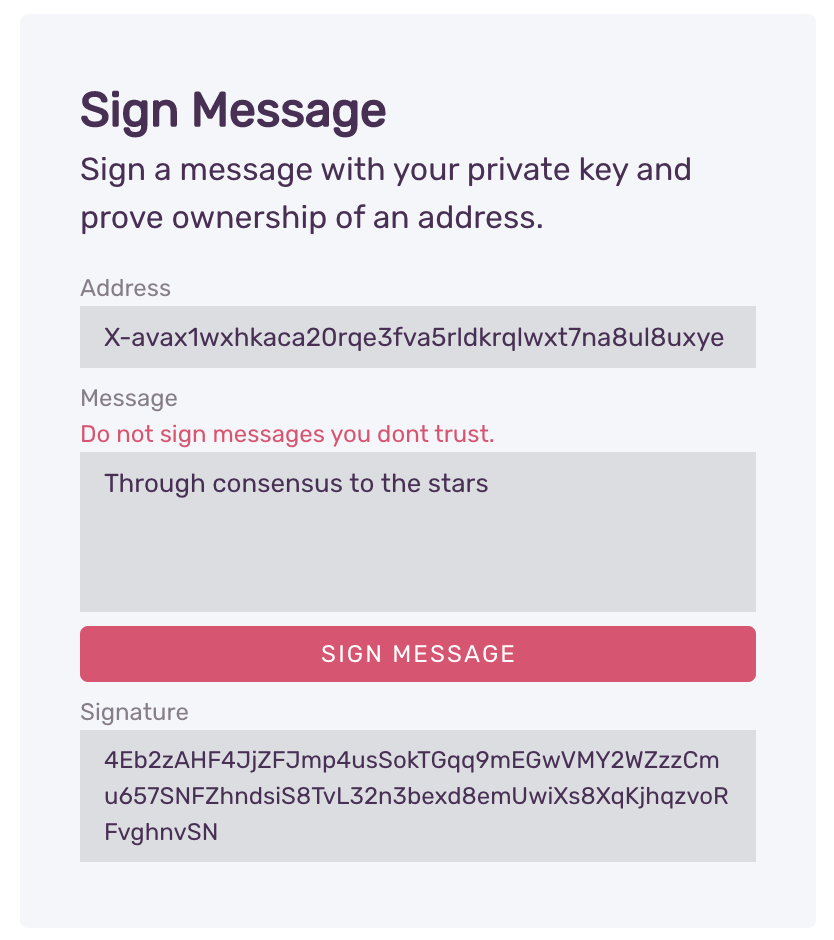 Cryptography in Other Virtual Machines​