A Subnet is a sovereign network which defines its own rules regarding its membership and token economics. It is composed of a dynamic subset of Avalanche validators working together to achieve consensus on the state of one or more blockchains. Each blockchain is validated by exactly one Subnet, and a Subnet can have many blockchains. A validator may be a member of many Subnets.

Avalanche's 3 built-in blockchains: Platform Chain (P-Chain), Contract Chain (C-Chain) and Exchange Chain (X-Chain) are validated and secured by all the Avalanche validators which compose a special Subnet and is referred as the Primary Network.

By definition, all Subnet validators must also validate the Avalanche Primary Network. 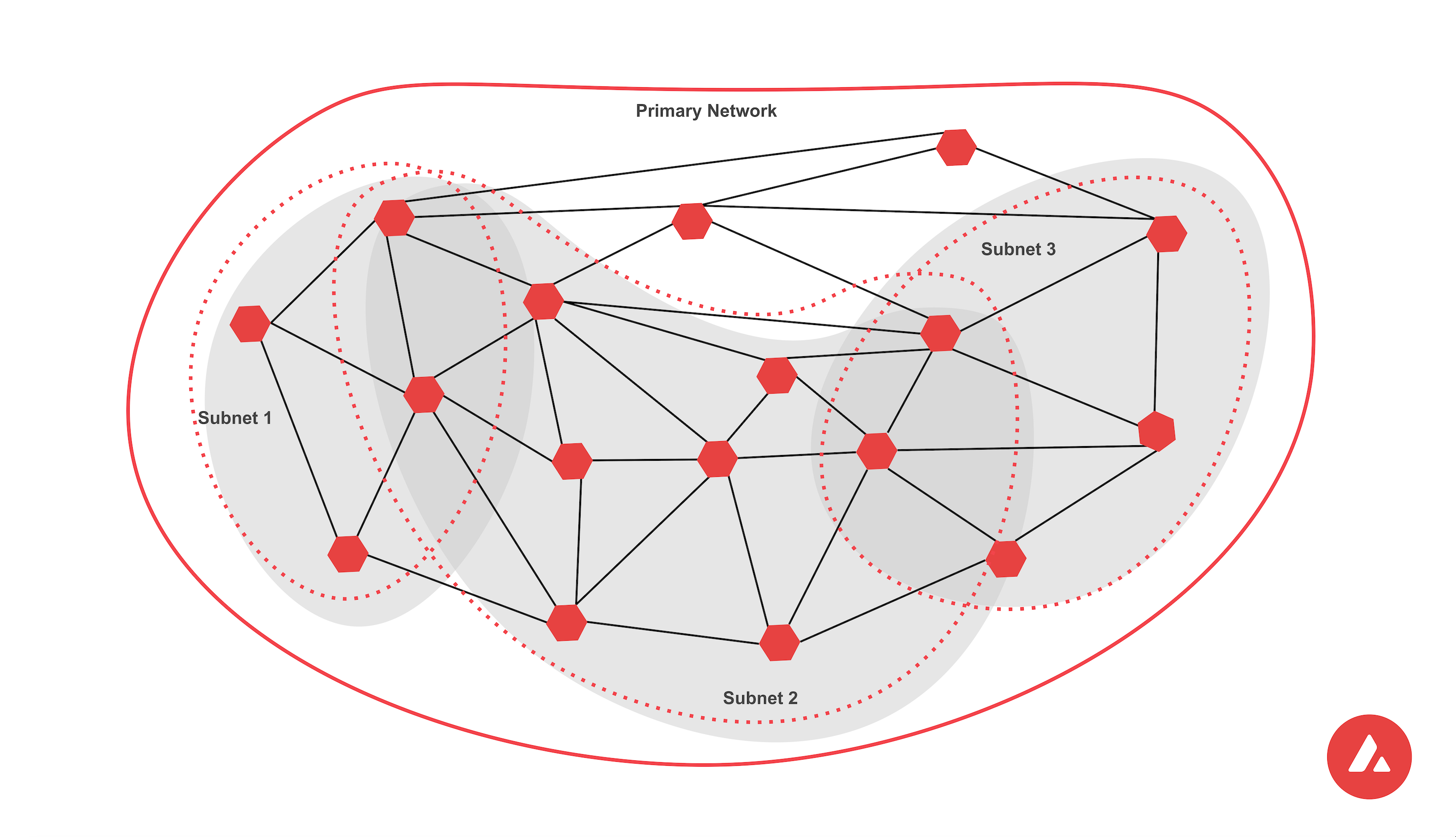 (Image adopted from this article)

Subnets are independent, they specify their own execution logic, determine their own fee regime, maintain their own state, facilitate their own networking, and provide their own security. They don’t share execution thread, storage1 or networking with other Subnets including the Primary Network, effectively allowing the network to scale up easily while enabling lower latency, higher transactions per second (TPS), and lower transaction costs provided by the Avalanche Consensus.

A Subnet manages its own membership, it can create its own token economics and rules, and may require that its constituent validators have certain properties.

Subnets can have their own token economics with their own native tokens and fee markets. They can launch their own blockchains with customized virtual machines. See Customize a Subnet for more details.

Avalanche’s Subnet architecture makes regulatory compliance manageable. As mentioned above, a Subnet may require validators to meet a set of requirements.

You can create a Subnet where only certain pre-defined validators may join and create a private Subnet where the contents of the blockchains would be visible only to those validators. This is ideal for organizations interested in keeping their information private. See here for more info.

In a heterogeneous network of blockchains, some validators will not want to validate certain blockchains because they simply have no interest in those blockchains. The Subnet model allows validators to only concern themselves with blockchains that they care about. This reduces the burden on validators.

Incentives are provided by Subnet owners in order to attract Avalanche validators to validate their Subnet, and this incentive can be customized by the Subnet. Validators must also take security and resource concerns into consideration when deciding whether to validate a given Subnet.

Think of a VM as a blueprint for a blockchain; you can use the same VM to create many blockchains, each of which follows the same rule-set but is logically independent of other blockchains.

Avalanche Virtual Machines make it easy to define a blockchain-based decentralized application. Rather than new, limited languages like Solidity, developers can write VMs in Go (other languages will be supported in the future).

The following VMs were built using Rust via the Avalanche RustSDK

Developing Your Own Subnet​

Please check out documents listed on the left panel to develop your own Subnets with customized virtual machines and blockchains.